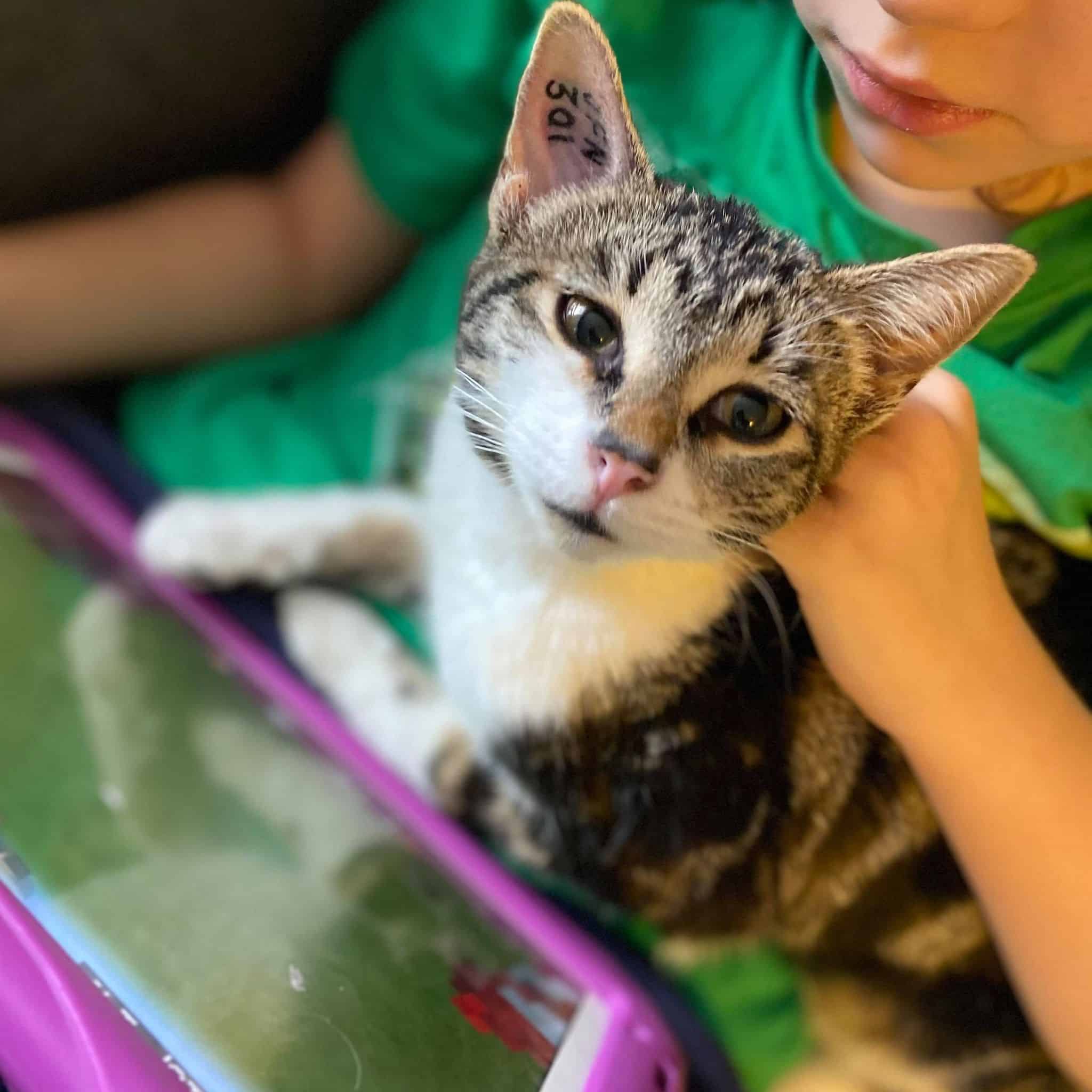 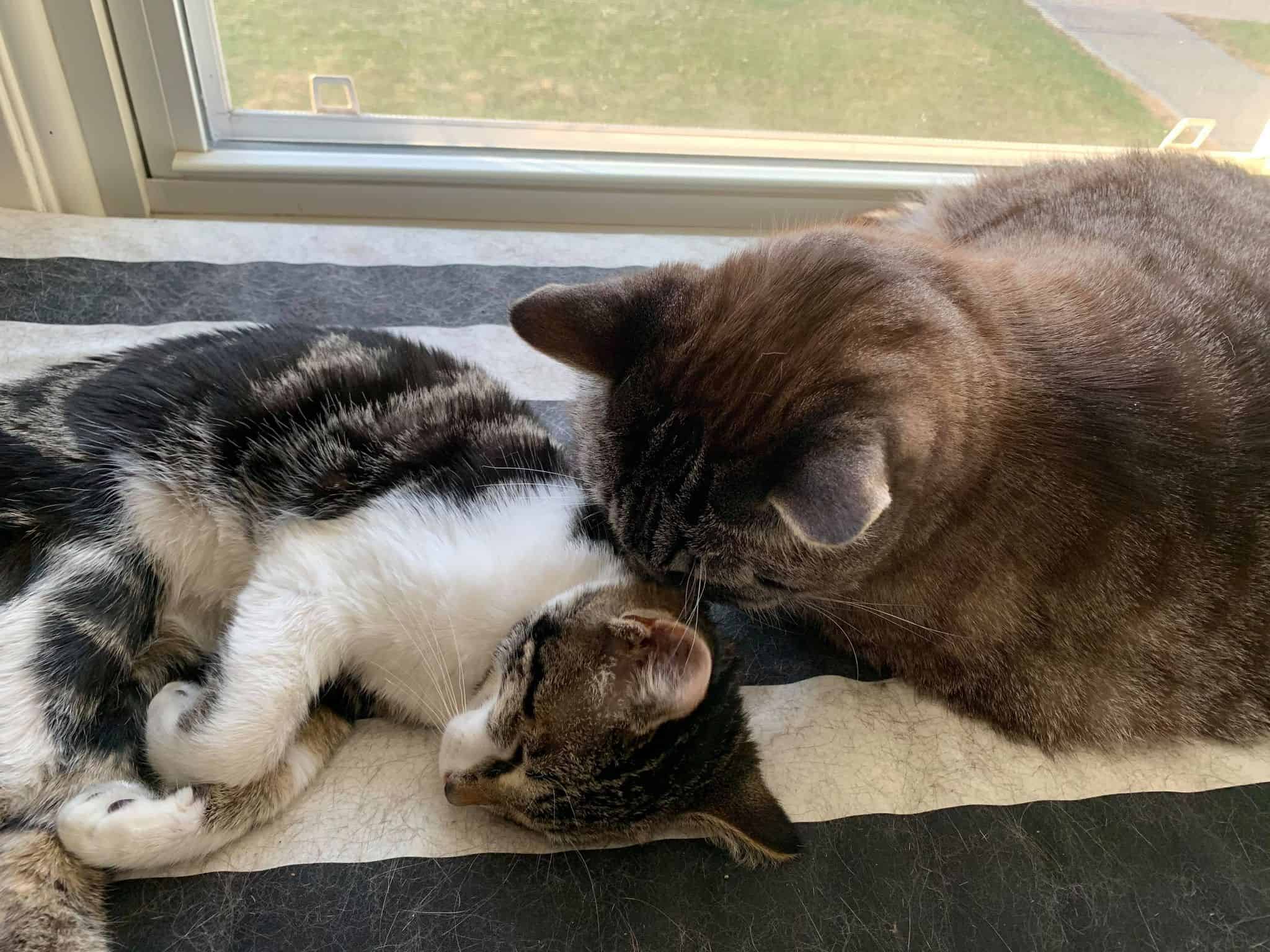 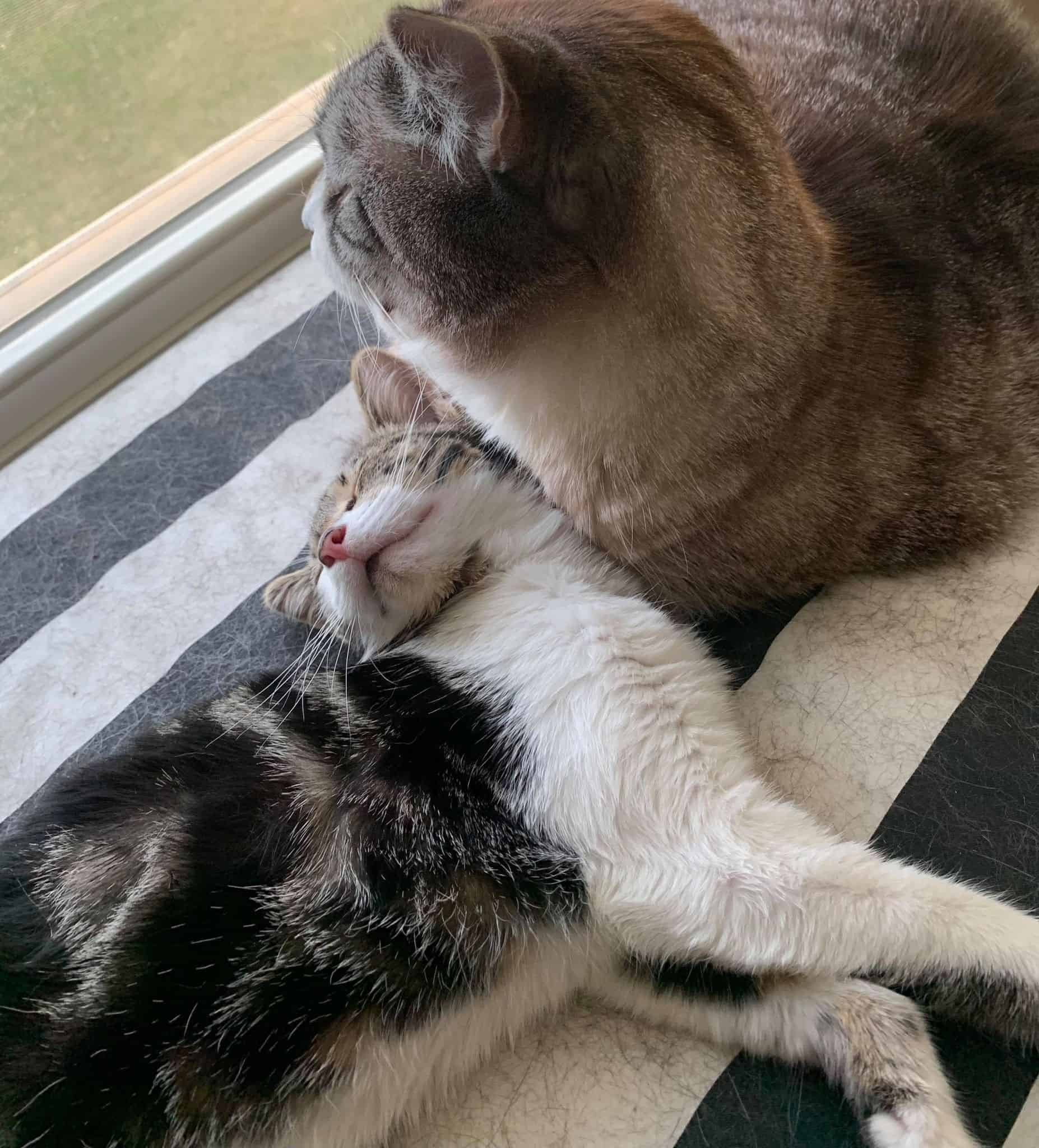 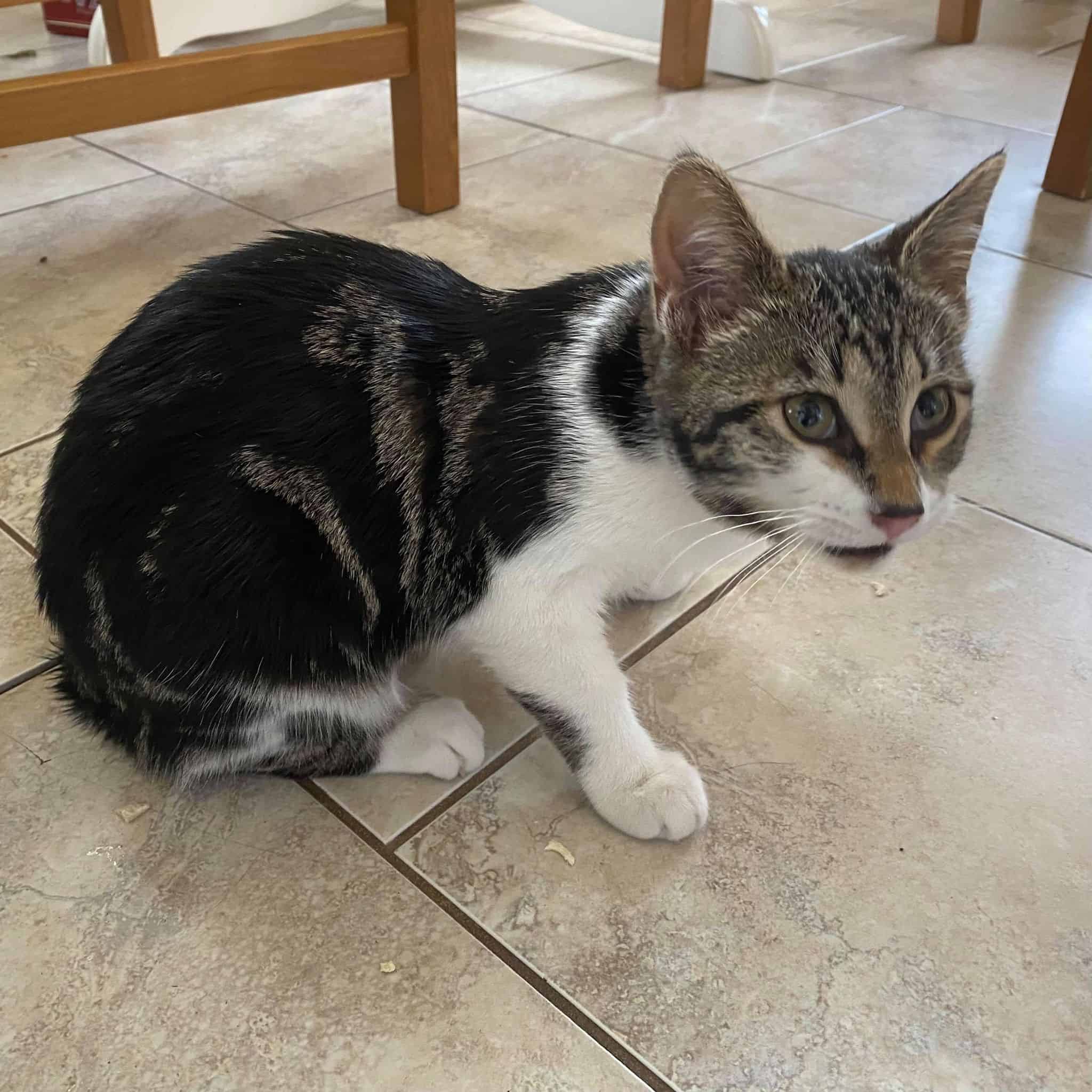 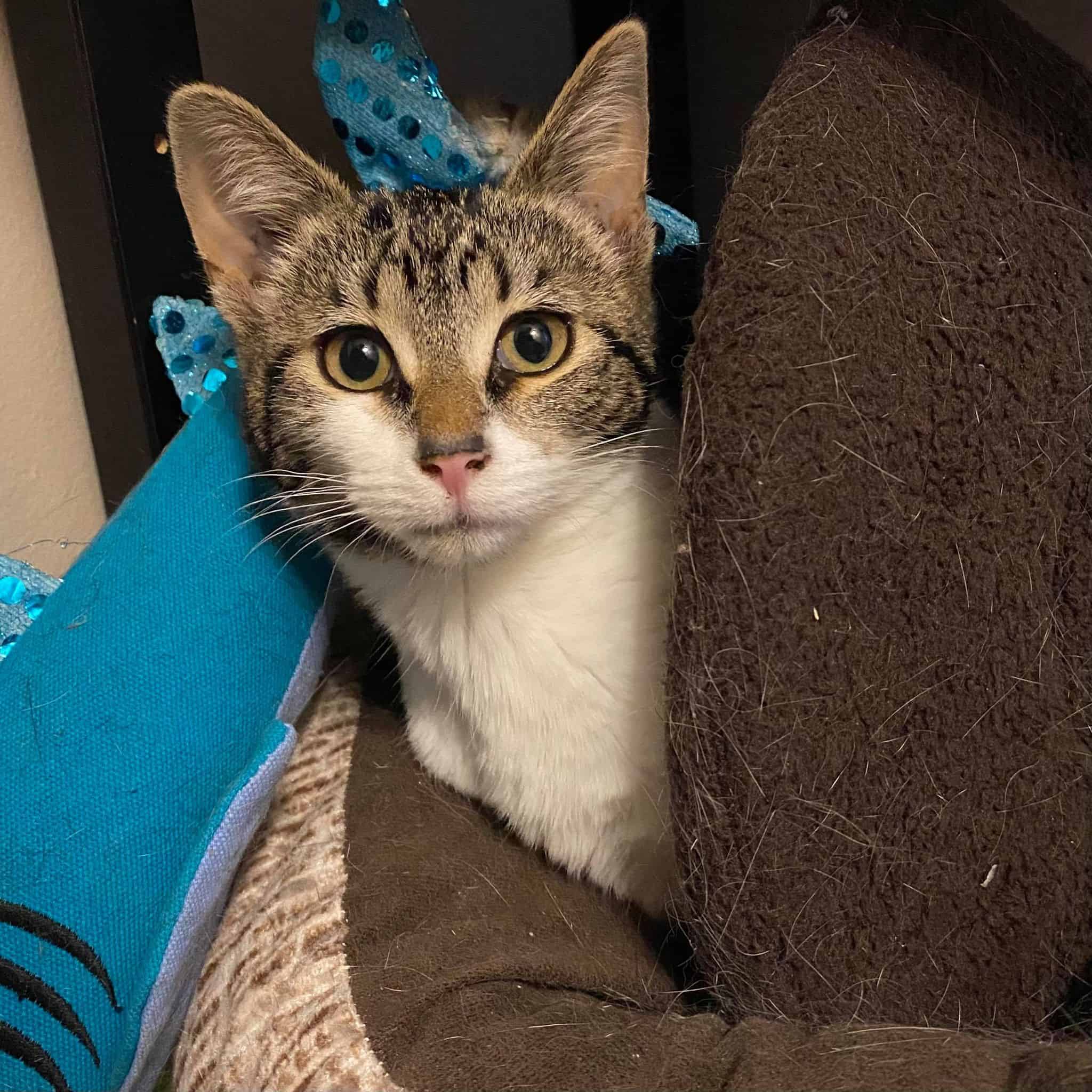 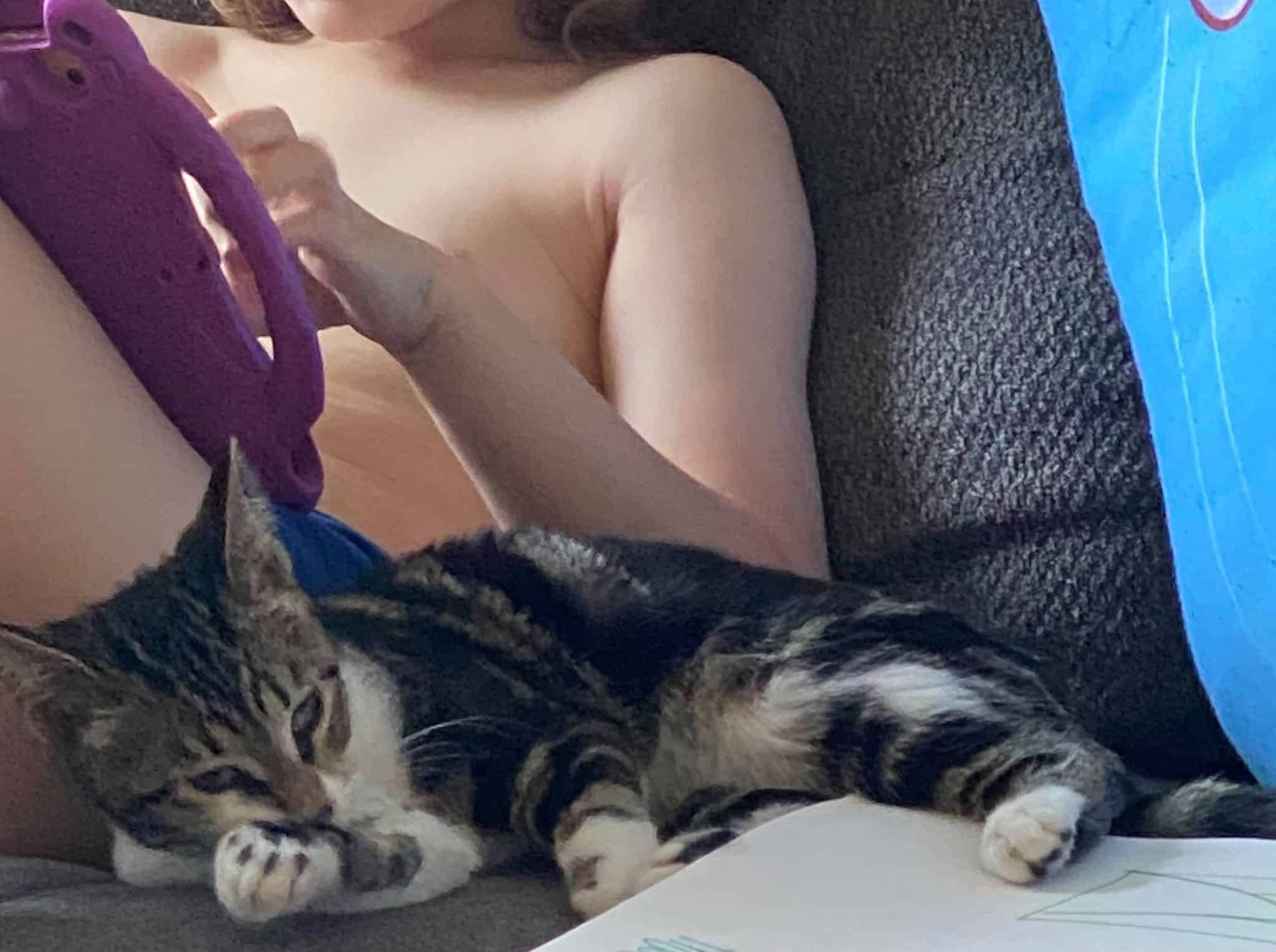 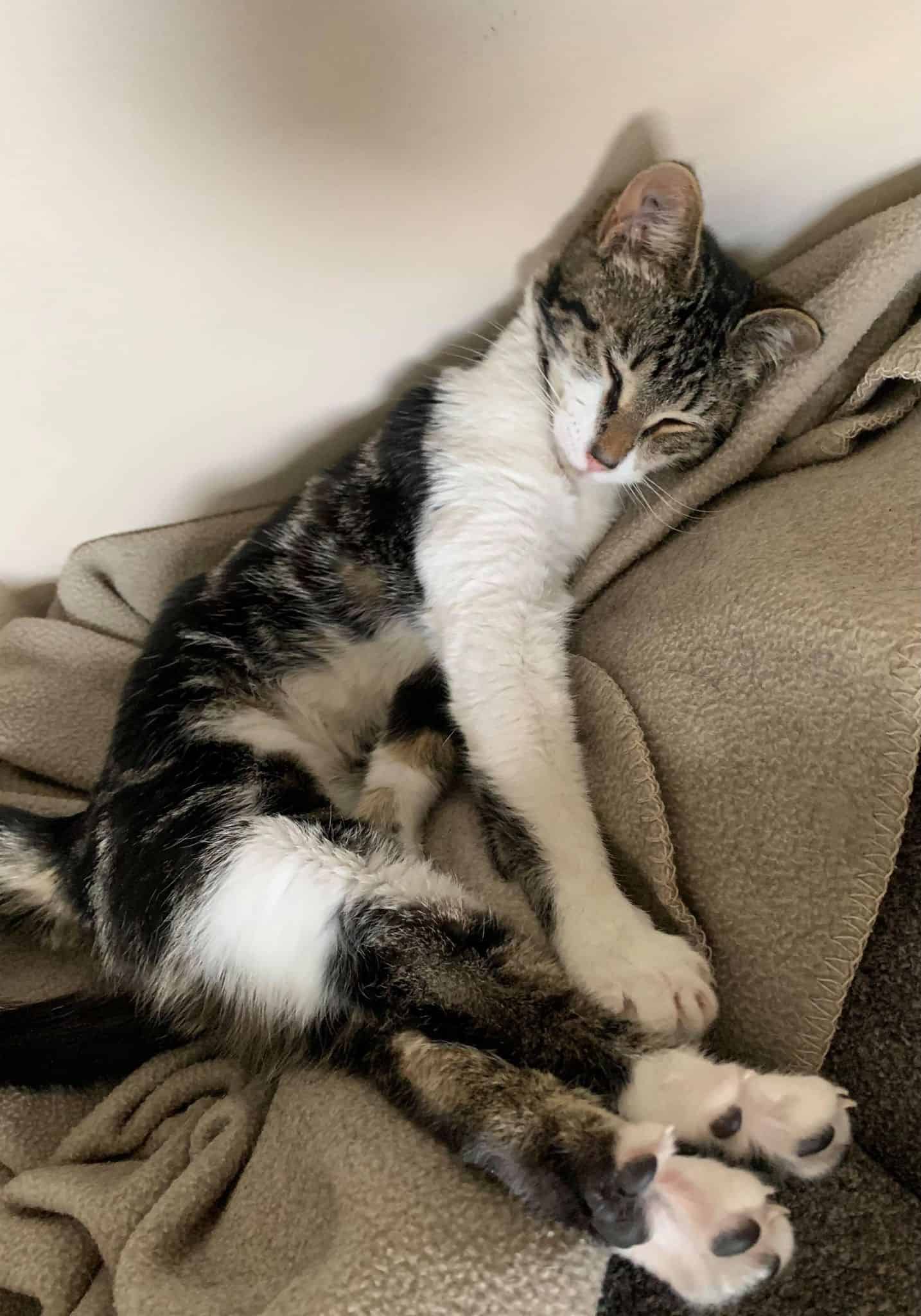 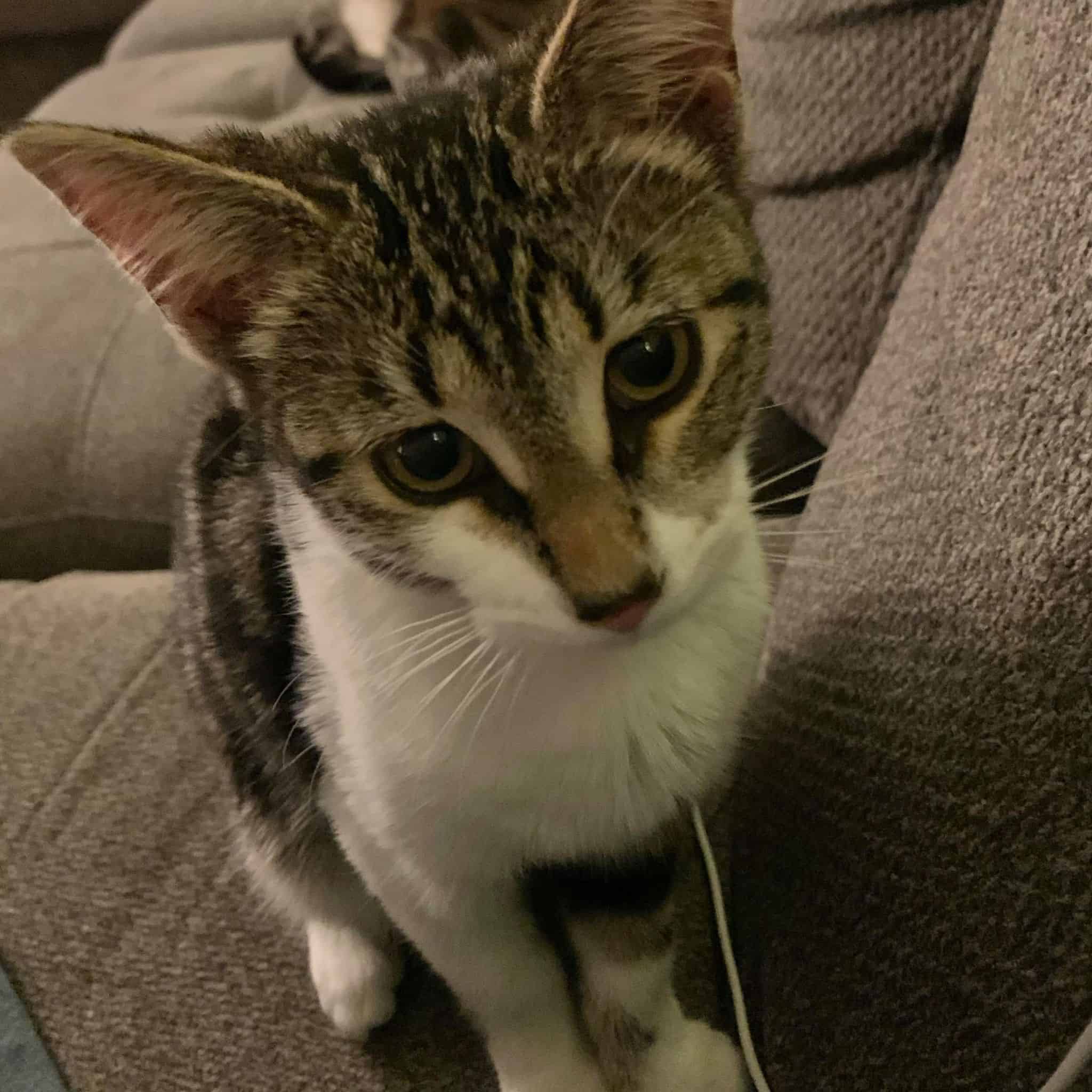 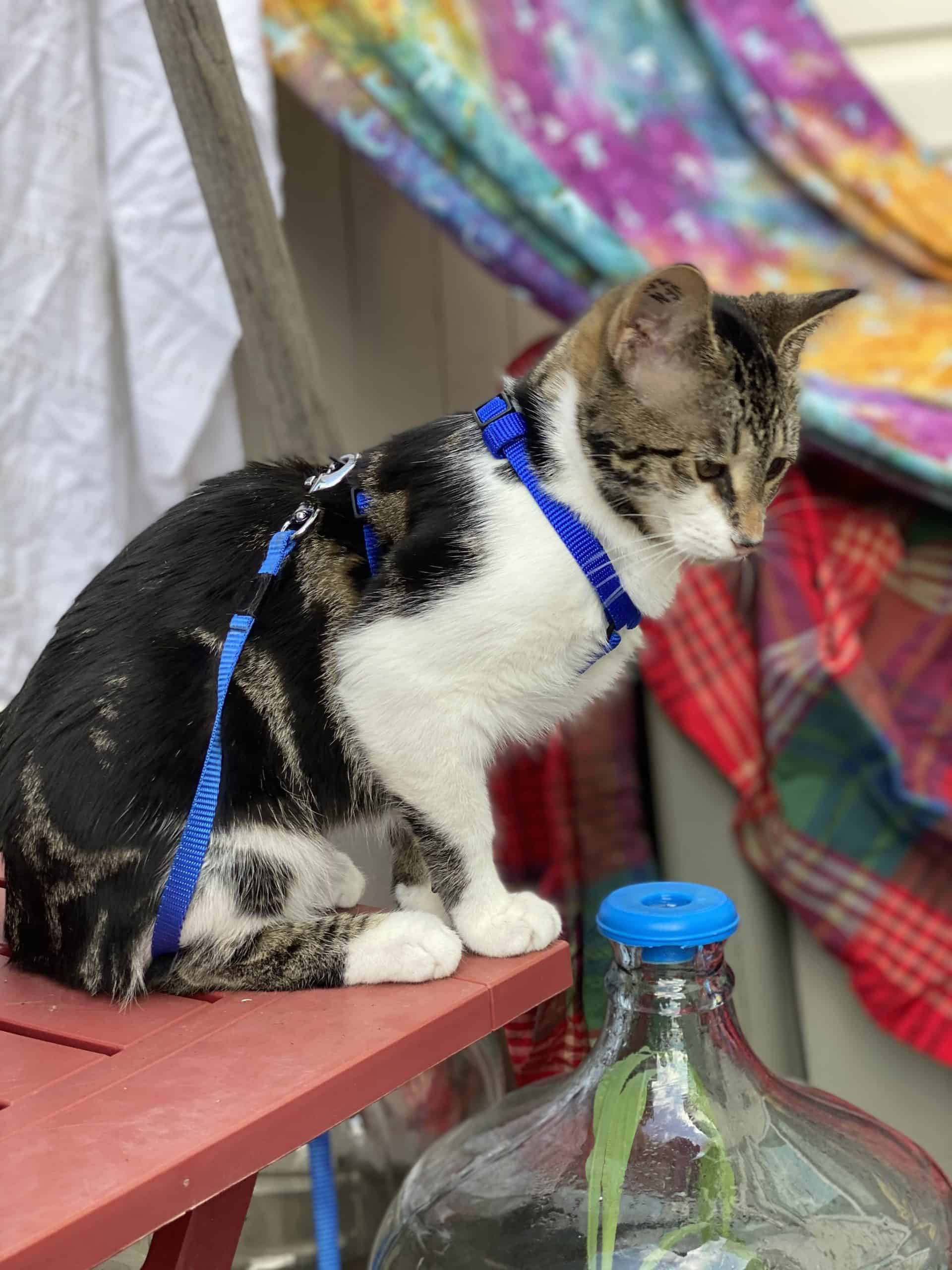 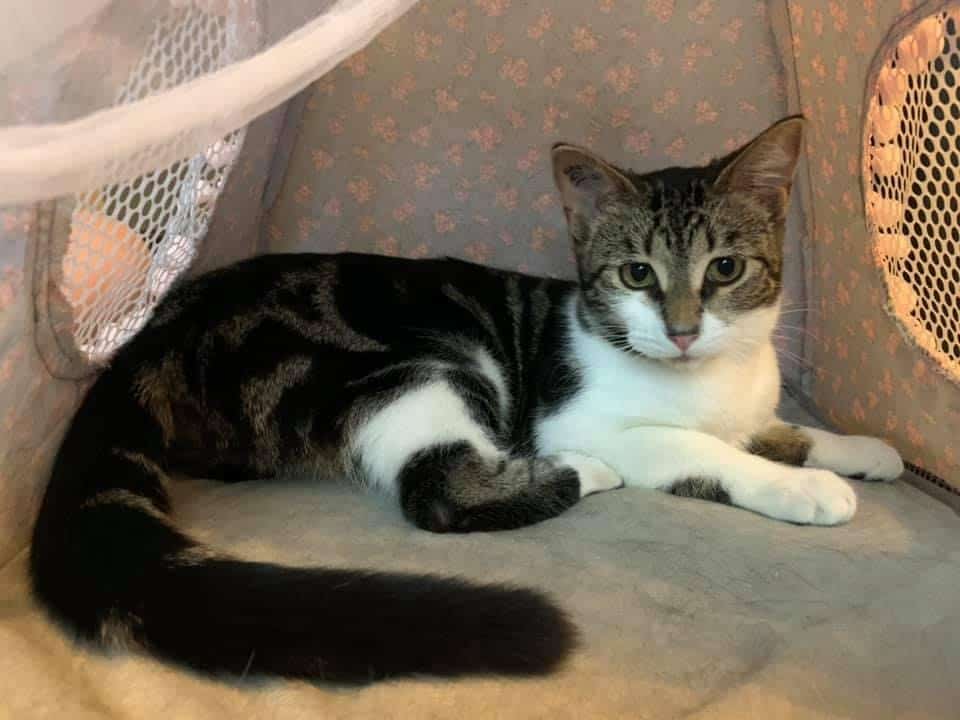 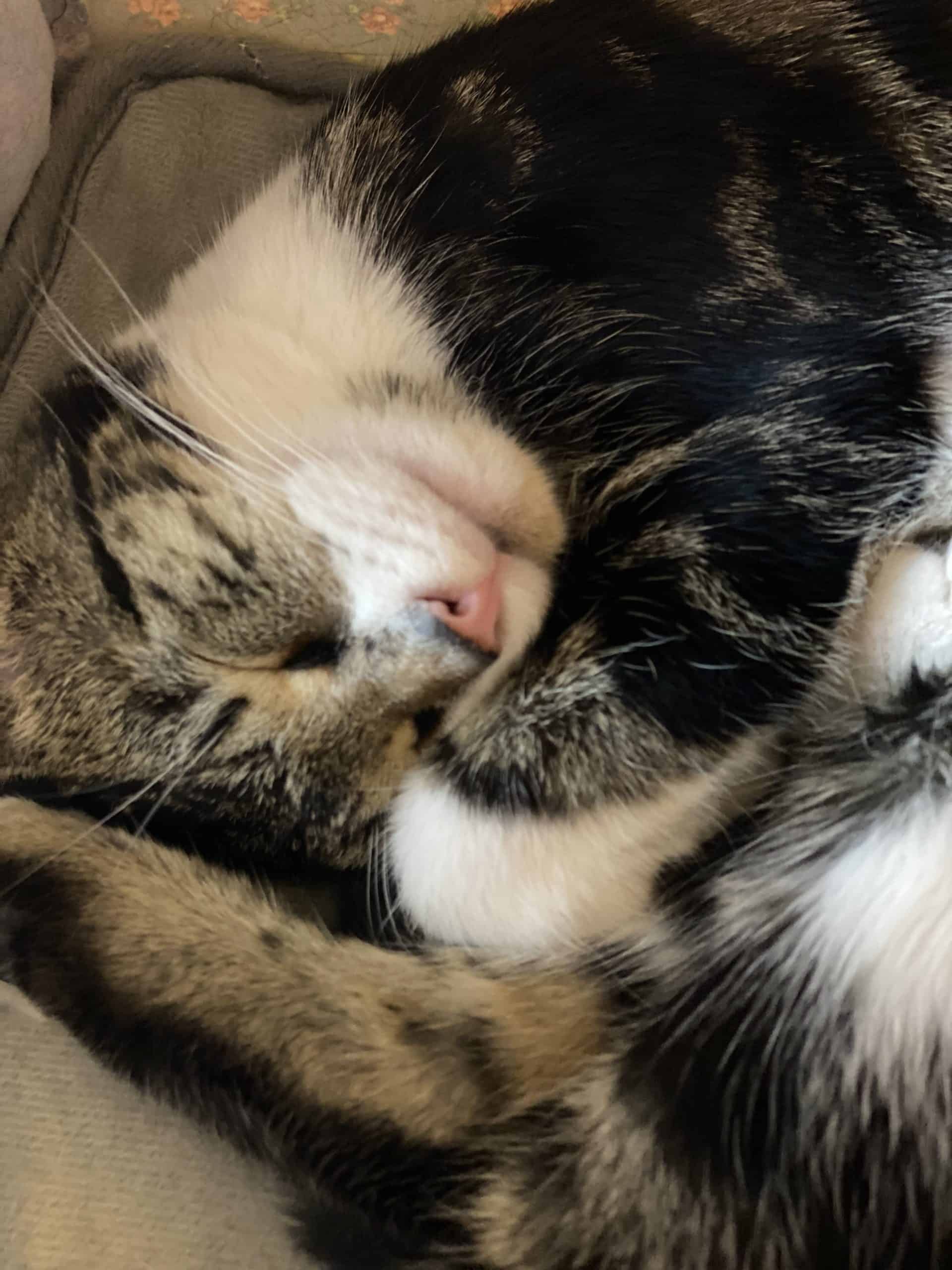 Turtle is approximately 9 months old. She is a spayed females with her first set of vaccines.  Adoption cost for Turtle is $100.00

Hey do you have a lonely cat who needs a friend? I could be that friend!! I don’t know about dogs because I’ve never tried but let’s face it, I could make friends with an alligator.

The house here has two old grumps and they didn’t like me at first but now I sleep on one and play with the other, even though he’s old and crotchety. I always run through his legs, even when I don’t have to. Ha ha! Sometimes we even sleep all together in a lump now.

I have a TON of kitten energy and will play with anything. The tiny human and me have a game called Elevator where he puts me in a box and carries me around the house, it’s so much fun! I wonder if REAL elevators are cardboard.

I like being where the people are but I’m not big on pats and I’m not a lap cat. Unless there’s food involved. I’ll stand there and endure any strange head scratch you can concoct I love food so much. Especially muskrat! I hear alligators love muskrat and I think it might be my ‘in’. 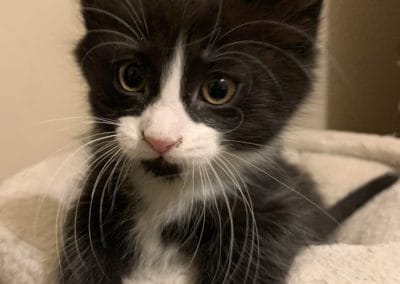 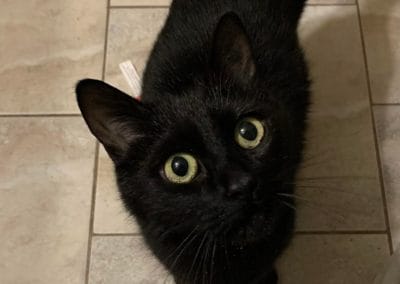 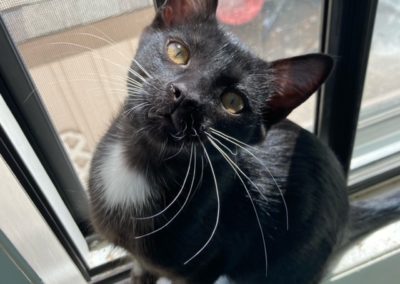 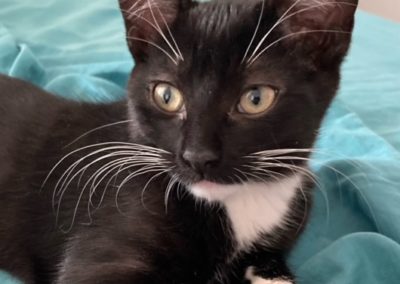