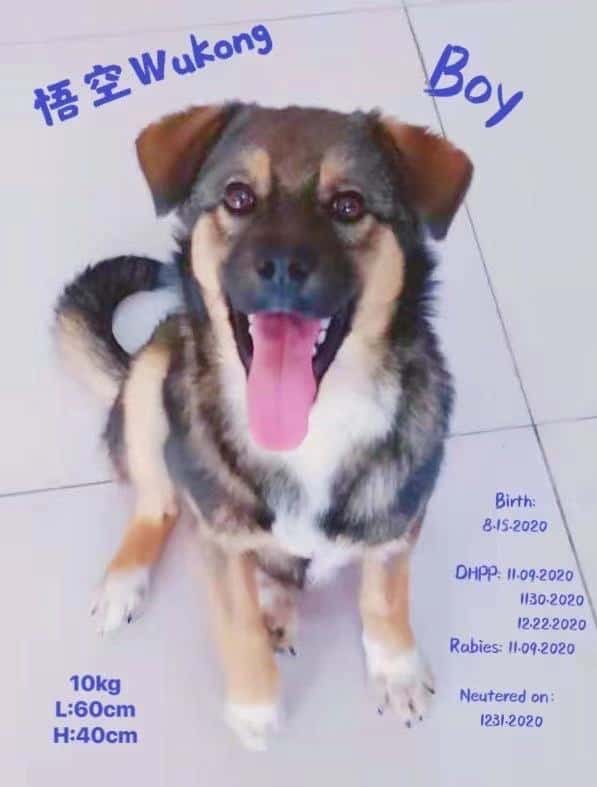 WuKong’s adoption fee is $495. Wukong and 28 other dogs were living in a junkyard with their rescuer. When people in the neighbourhood reported them to police, the police took away six dogs and gave her the options of either moving the dogs within three days, or having the dogs removed to their no-adoption pound. The rescuer reached out to World of Angels Foundation, who brought the dogs into care. 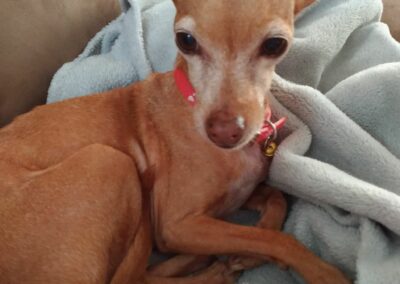 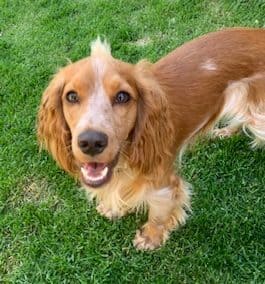 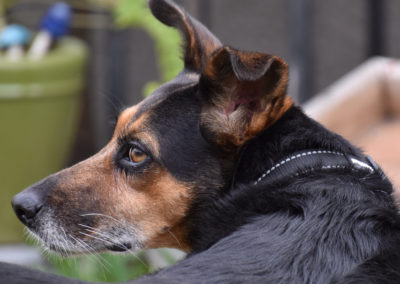 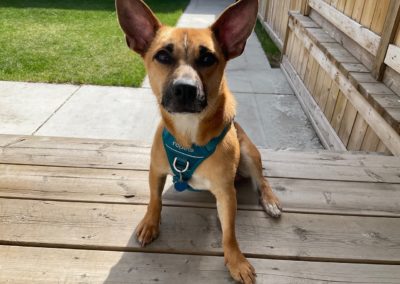 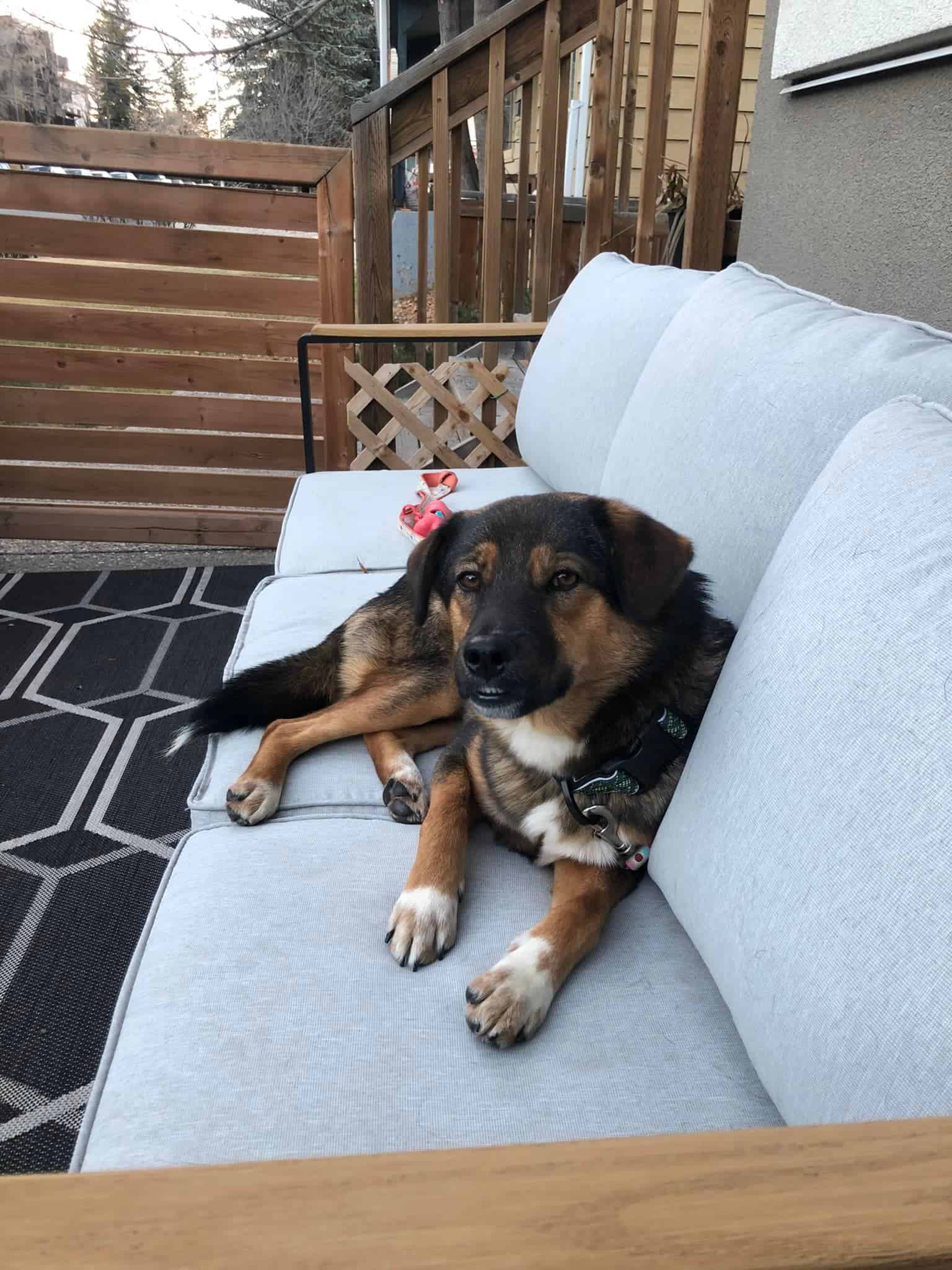